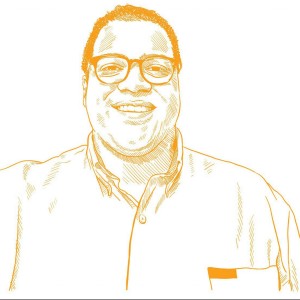 Virtual reality. We’ve heard the rumors of VR becoming, well… real for over 20 years. Truth is, this technology seemed to be stuck in an endless loop of development where it would never become commercially viable. Luckily the last few years have seen VR technology advance by literal leaps and bounds, to the point where we talk more about which company will be more successful, not whether or not it will be able to create a good piece equipment. Most companies are planning on coming out with their own version of Virtual Reality headsets in 2016.

Virtual Reality headsets promise to improve how we interact with the world. From the social aspect, to gaming, education and even medical applications, each company that is developing their own equipment is doing so for their own goal.

Oculus Rift might just be the most famous company in the Virtual Reality space and their Rift headset is the must know device. They are one of biggest names in VR, and now also one of the closest to delivering consumer access. With Facebook’s backing, this device definitely has the legs to make it in the long run. Oculus’ Development Kit 2 has been available since July 2014 and the release of their final consumer Rift model is right around the corner, and already promises huge improvements over their most recent prototype.

The release date for the Oculus Rift is the first fiscal Quarter of 2016, and it will be shipping with a wireless Xbox One controller. What is not covered in the above video, however, is where the Rift can draw content from. Oculus just recently revealed that you will be able to play both Xbox One and PC games on their Rift headset, hence the inclusion of the controller.

This feature capitalizes on Windows 10’s ability to stream games from the XBox One to a PC. To clarify, the Rift still wirelessly connects to your PC and will dominantly be used to access native Oculus VR games through an Oculus app store, but will also feature the option to stream any Xbox One game in the Rift “virtual living room.” This basically simulates playing the game on a much larger screen, but support may eventually grow to promote a full VR experience for the Xbox One.

And while gaming is clearly a big focus on all early VR units, Oculus offers a positional tracking camera that will lend itself well to all sorts of other ways to explore virtual spaces. The separate camera unit is placed in front of you when using the Rift, and they track a constellation of IR LEDs on the headset. That means the Rift enables you to lean over a surface, peek around a corner, or perform other detailed movements movements which reduce the feeling of motion sickness and enhance the feeling of immersion.

Additionally, the Rift promises a stunning resolution of 1080×1200 in both of its OLED screens (2160×1200 total), a 90 Hz refresh rate, and a FOV (field of view) greater than 100°. It even has integrated headphones which provide spatialized HRTF audio.

On May 6, 2015 Oculus VR announced that the consumer version will ship in Q1 2016 with pre-orders starting in late 2015. The price is yet to be announced, but consumer tech experts assume the price of any forthcoming VR headsets will be somewhere under the $400 point. This post will be updated as more information is released.

While the Samsung’s Gear VR has a completely different kind of hardware running it, this collaboration between Oculus and Samsung promises to provide an equally immersive VR experience using nothing more than the headset and a smartphone. Instead of drawing its graphical power from your high-end PC graphics card like Oculus’ flagship Rift, the Gear VR utilizes the hardware house in the newest Samsung phones.

Obviously, the biggest benefit of this is that smartphones are far more ubiquitous than high-end gaming PCs, but each side of the coin has its limitations. In the case of PCs, the varying level of hardware power means you will want to use a benchmark utility to make sure your rig is capable of achieving at least 75 fps.

All of these phones have beautiful 2560×1440 Super AMOLED screens and high-powered processors. This ensures that you will have nothing short of an incredible experience when hooking into either Gear VR model. Max from High on Android shows off the Gear VR’s graphical performance with an unboxing video below.

Even though the Gear VR has a higher available resolution than the Rift, its FOV is a bit smaller at 96°. This does not detract from the immersion, but is an interesting comparison point as developers establish a balance between pixel density and field of view.

When it comes to navigating menus, the Gear VR offers a handy suite of onboard controls: a built-in touch pad on the side of the headset that works via head tracking, as well as a back button and volume rocker. When it comes to game content, however, many apps will requireSamsung’s Game Pad, which comes at a hefty price.

The Oculus App (your phone’s portal to the VR environment) is still free though, and there are games that work solely off the touch pad, so there is still plenty of content that can be enjoyed right out of the box. Note that the Gear VR has yet to employ positional tracking though, so again there are benefits to the headsets using more sophisticated hardware.

Thankfully, Oculus will be developing the final versions of the Rift and Gear VR in tandem. so the Gear VR’s content suite is bound to grow even more in coming months. Samsung has even hinted that a final version of what some call the Gear VR 2 will be out by holiday time 2015, which might even mean compatibility will be expanded to additional phone models. With any luck, the price will remain as it is, which would make it one of the best values in VR.

Outside of the PC universe, Sony’s Project Morpheus is the big name for VR gaming, even though they are still keeping a lot of their technical details under wraps. Its release is still about a year out, but Sony promises to be a strong contender with its PlayStation 4-based hardware.

Its OLED 5.7 inch two screen display is 3D stereoscopic and sports a resolution of 960×1080 per eye (1920×1080 total). Recent improvements in the prototype have given it a wider 100° FOV and reduced motion blur. Its refresh rate of 120 Hz combines with its latency of less than 18ms, meaning this is one of the most fluid VR experiences out there.

The headset is comfortable and stylish, and features impressive ergonomics with simple setups for positioning the visor and lenses. Its stunning blue LED setup looks nice and also adds functionality via headtracking.

Project Morpheus promises deep immersion with their high-end graphics and control schemes, but an external headset has to be connected via a 3.5mm aux port to access the headset’s 3D audio spatilization. This could be hectic when attempting to use the Morpheus for local or online multiplayer gaming, which is definitely something PlayStation is focusing on more than other developers.

For now, Sony is keeping a lot under wraps about their Morpheus headset, including their planned release date. A proposed Q1 2016 launch would mean it can compete with Oculus for the early market, but again, it is fair too early to make any calls for that. Updates to come.